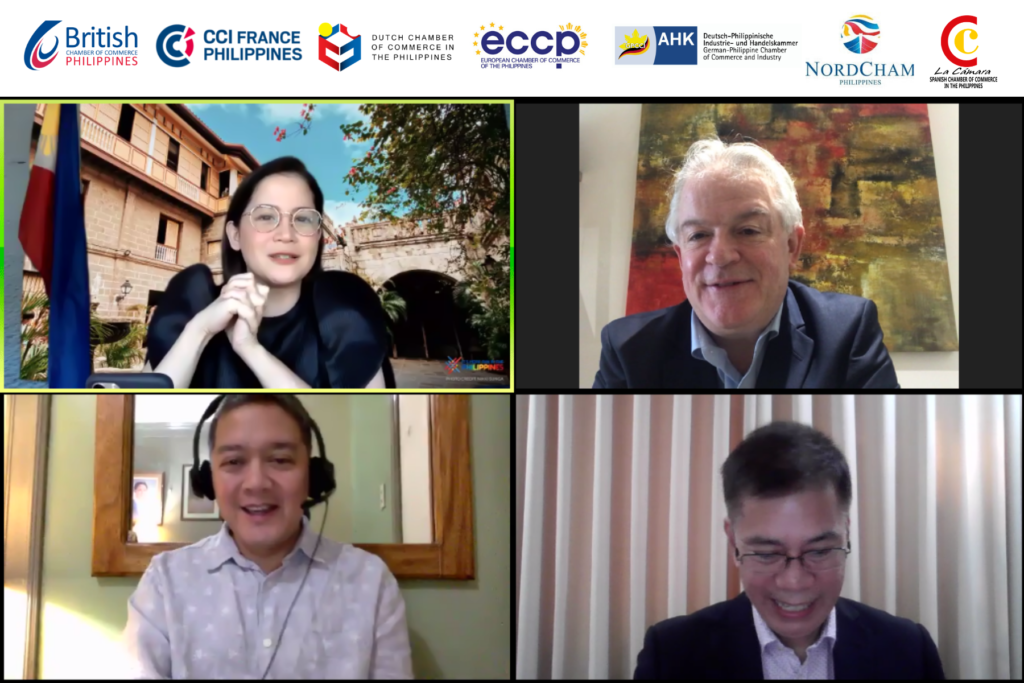 1 July 2020 – The British Chamber of Commerce Philippines along with other European Chambers hosted a webinar with the Department of Tourism Secretary Bernadette Romulo-Puyat last Tuesday, June 30, 2020.

Tourism accounted for 12.7 percent of the country’s GDP in 2019. Workers in the tourism industry are the 5th largest in terms of Filipino workforce by sector employment. With 10.8 percent of tourism’s contribution to GDP coming from domestic travel, Secretary Romulo-Puyat sees domestic tourism as the catalyst for recovery, thus promoting the adoption of travel bubbles within the country, then internationally moving forward. The Tourism Response and Recovery Plan also calls for the passage of ARISE to support tourism-related workers and enterprises, particularly MSMEs.