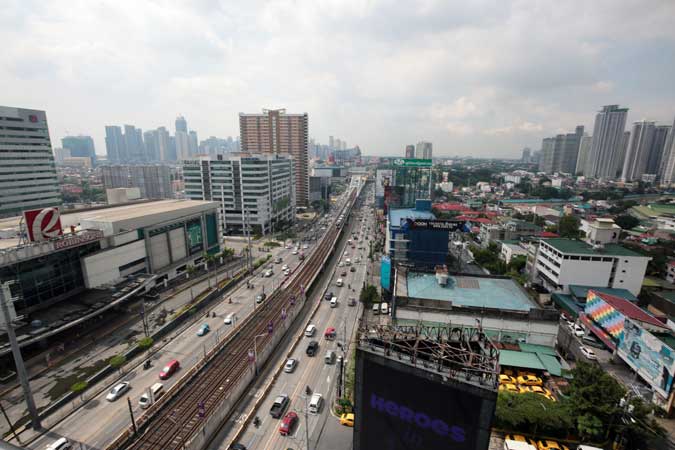 FOREIGN business groups are hoping to see concrete results from the Duterte administration’s new crackdown against corruption to increase investor confidence in the country.

The Department of Justice has formed a group to lead a probe of various government agencies for corruption, after President Rodrigo R. Duterte ordered them to investigate “the entire government” until 2022.

“Let’s see the results of the investigations and probes if they are thorough and will produce convictions,” American Chamber of Commerce Senior Advisor John Forbes said in a mobile message on Friday.

Reducing corruption is a top business concern, Mr. Forbes said, noting that it wastes business taxes and steals goods and services from citizens.

“It is very important for investors from Europe to have increased certainty that they will not be subjected to extraneous demands that go beyond normal business practices,” he said.

Mr. Forbes said the work of the Office of the Ombudsman and Sandiganbayan could move faster, adding that “SALNs (Statement of Assets, Liabilities and Net Worth) and lifestyle checks are basic tools.”

Mr. Duterte had not released his 2018 and 2019  net worth statements, the first president not to do so in the past three decades, according to the Philippine Center for Investigative Journalism. Presidential spokesman Harry L. Roque last month said the decision to release the statements would be left to the Ombudsman.

Mr. Forbes said the Philippines should follow anti-corruption moves in other countries in the East and Southeast Asian region, including the imprisonment and fining of public and private senior officials.

Former South Korean President Park Geun-hye was removed from her post then jailed after a corruption scandal led to widespread protests, while former Indonesian Speaker of Parliament Setya Novanto in 2018 was sentenced to 15 years in prison for embezzlement.

“The problem here is that Duterte is only limited in axing the people, but at the same time, fails to sustain, to institutionalize an effective mechanism of making corruption in the Philippine administrative system high-risk and low-reward,” Mr. Villarin said.

An anti-corruption crusade is a “purely political” move to present to the public, he said, as probes could allow for the firing of appointed officials without creating sustainable measures such as legislation that collaborates with several anti-corruption agencies.

Unlike other countries, the Philippines does not suspend officials facing corruption allegations, which means that officials remaining in their posts can affect the outcome of investigations,  he said. In some cultures, officials voluntarily leave their posts, he added.

The Ombudsman recently suspended Philippine Health Insurance Corp. executives for what it said were anomalous fund releases through an interim reimbursement mechanism, and Health department officials for delays in releasing workers’ benefits.

Mr. Villarin said that an anti-corruption campaign must have measurable outcomes.

“How many people were thrown into jail? With all the numbers of filed cases concerning graft and corrupt practices, how many were submitted to the proper court? How many were resolved?”

For the government’s anti-corruption campaign to succeed, Transparency International said investigations and prosecutions must be done without bias. Reforms must also build strong oversight institutions and allow for activism and journalism, it added.

“It is also essential that accountability doesn’t stop with low-level officials and bureaucrats but is pursued to the highest levels of office necessary,” Transparency International Asia-Pacific Director Alejandro Salas said in an e-mail.

The Philippines dropped 14 spots to 113th place out of 180 economies in a global corruption index released by the organization in January. Countries with lower scores have weak election campaign transparency and their political power is concentrated on the wealthy few, according to the report.

Mr. Salas said the Justice department’s probe would not affect the country’s 2021 score because the data have already been compiled. A short-term anti-corruption campaign, he said, is also unlikely to make a big difference to the score.

“A significant improvement in the country’s score will only be achieved by long-term, sustained anti-corruption efforts aimed at building the strong democratic institutions necessary for successfully fighting corruption,” he said.

“Any anti-corruption drive is, in general, welcome. However, the real test for President Duterte is not expressing an intention or issuing a plan, but making it happen and showing how his intention translates into a more just society.”

University of Asia and the Pacific Professor Ramon N. Cabrera said that aside from fact-finding investigations searching for liable officials, the government could also be proactive in coming up with policies that can prevent corruption.

“In my view, most forms of corruption are demand driven usually brought about by red tape and unnecessary bureaucratic procedures. Addressing these two will significantly reduce the demand for corruption,” he said in a mobile message.

Investors are looking at both digitalization and anti-red tape efforts, as well as moves to open up the economy to foreign direct investment, British Chamber of Commerce of the Philippines Executive Director Chris Nelson said.

“(Anti-corruption) is an important measure, but you have to look at it as part of one package… You’ve got to also look at the particular challenges all governments are facing within the economy, so for example what is going to happen in the stimulus, what is happening to the overall economy?” he said in a phone interview.

“Now when they come to establish, can they get permits quicker, can the process be quicker — which is the Anti-Red Tape Authority — and they deal in a very transparent way… With a more digital process, it’s a more transparent and a quicker process,” Mr. Nelson added.

The Philippines jumped to the 95th spot from 124th in the Ease of Doing Business 2020 report, but remained one of the lowest among Southeast Asian nations. The country’s lowest scores in the Worldwide Governance Indicators for 2018 was for control of corruption and rule of law indicators, while its government effectiveness and regulatory quality improved from previous years.

European Chamber of Commerce of the Philippines President Nabil Francis in a mobile message said the chamber supports efforts to promote good governance.

“We deem anti-corruption and transparency measures as key ingredients to sustaining economic growth and making the Philippines a more attractive destination for trade and investments.”