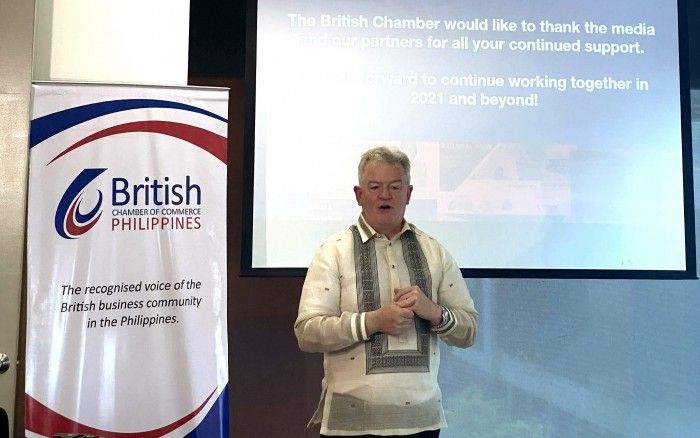 (As released) The British Chamber of Commerce Philippines reviewed the year with its Year-end Media Appreciation Lunch on December 11.

The hybrid lunch event was held mainly virtually with the help of The Manila Peninsula and Origine.

At the event, Executive Director and Trustee Chris Nelson discussed the various ways the chamber adapted to the pandemic, as well as lessons learned.

He discussed the significance of working with media organizations and advocating for key legislation such as the Retail Trade Liberalization Act.

The chamber looks forward to growing its membership and bringing in foreign investment in 2021 by easing travel restrictions and supporting the revival of the local economy.

The chamber would like to thank its new and existing members for all their continued support this year and beyond. —  As released