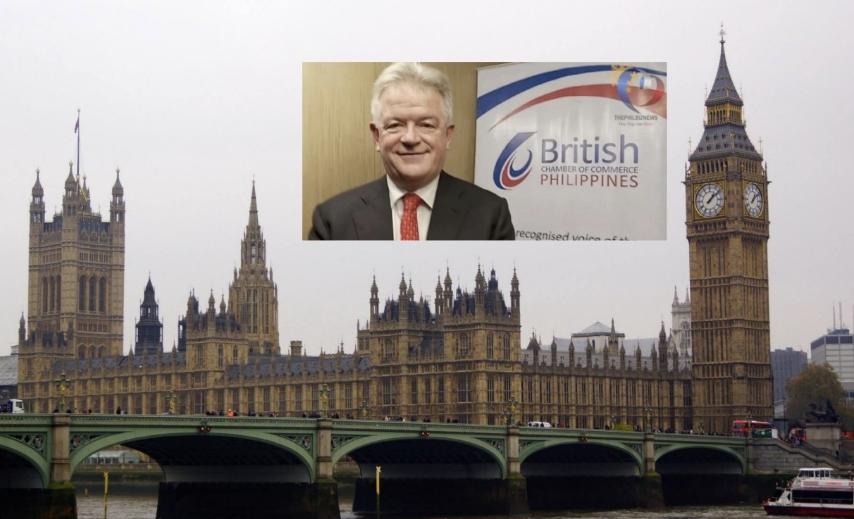 After its bullish forecast for 2021 during the yearend hybrid media briefing last December 11, 2020, Chris Nelson, the Executive Chairman of the British Chamber of Commerce Philippines discussed the status of British Investments in the Philippines.

Nelson noted that despite the pandemic, the Chamber has been very successful in introducing British brands in the Philippines around the sectors of food and drink, construction, engineering and automotive industries.

Speaking to THEPHILBIZNEWS, the Executive Chairman of the British Chamber of Commerce Philippine expressed his hope that the lawmakers will act on the various Philippine economic reforms as this would pave the way to attracting more foreign investors not only from the UK but also from other countries.

“The Chamber is closely working in partnership with the other Chambers of Commerce and Trade Investment group in the UK to promote the Philippines. Thus, it remains optimistic and will continue to promote the UK-PH Trade in 2021 with its upcoming events,” Nelson revealed.

“For the first quarter of the year, the Chamber has prepared sector-specific webinars and will host the Economic Outlook and Second Virtual Trade Mission following the success of the first virtual trade mission last October 2020, which attracted UK companies across many different sectors,” he added.

“However, it is really empirical for the government to provide incentives that would attract investors by benchmarking with other ASEAN countries,” Nelson explained.

“We have seen how the government especially the Department of Trade and Industry and the Board of Investment Philippines work hard to promote the Philippines and attract the investors. However, our ASEAN neighbors have a better offer. We need to look at the long term and ensure that investors will draw interest in what the Philippines has to offer. At the least, we should be at par with other ASEAN countries’ incentive offers to the foreign investors they woo,” Nelson added.

“The Chamber strongly believes that the Philippines positioned as the gateway to Southeast Asia and will remain attractive for long-term investments with further opening of its economy easing foreign ownership restrictions and passing of economic liberalization bills such as the Retail Trade Liberalization Act and Public Service Act. We should draw them (the foreign investors) to us and see what the Philippines has to offer vis-à-vis e with our counterparts in the region,” Nelson concluded.