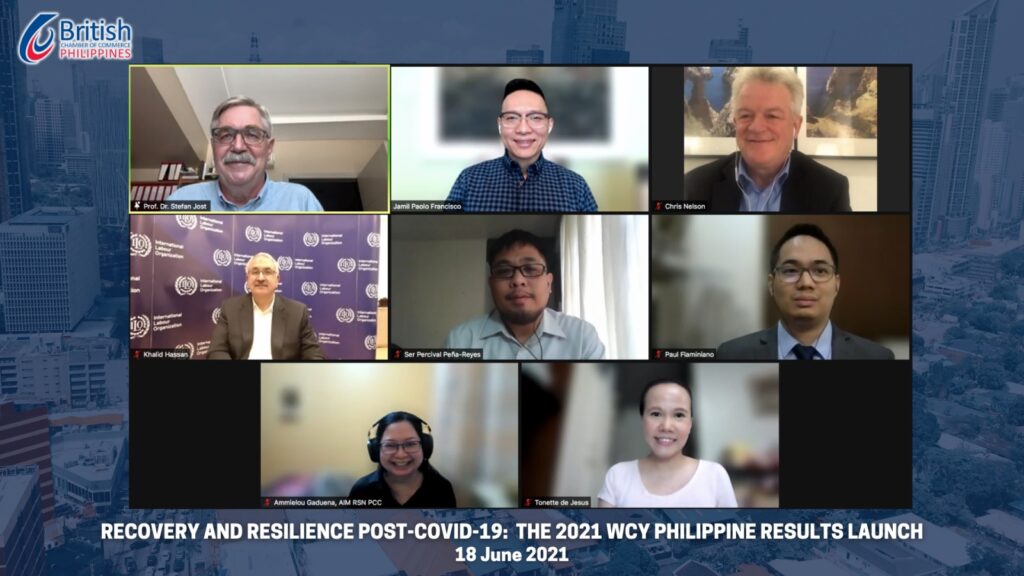 Having been a strong advocate to bring in more foreign investors not only from the UK but also from other countries to get the much-needed economic recovery, British Chamber of Commerce of the Philippimes Executive Director Chris Nelson recently discussed some crucial issues in a webinar reviewing the 2021 World Competitiveness Yearbook result hosted by Asian Institute Management.

Nelson noted that as the Philippines continuously suffers from the significant economic challenges brought by the pandemic, the restrictions on foreign ownership have limited the country’s competitiveness to lure foreign direct investments (FDIs).

He also noted how the ASEAN neighbours have been attracting and snaring Foreign Direct Investments opportunities especially those coming from the UK which could have been for the Philippines.

While there are several pending economic laws in both the Congress and the Senate, the Executive Director of BritCham PH is hopeful that these pending laws will be enacted soon so that the Philippines will have a strong economic rebound since the country has stepped up its vaccination program.

He then expressed his hope for the Philippines to become the gateway to Southeast Asia and welcomes the Philippine government’s commitments to attract foreign investors and increasing the openness of the economy.